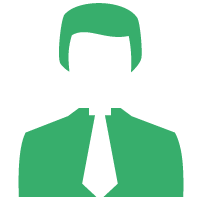 Hello, my name is Henry McIntire. Welcome to my site about luxury real estate. Whether you are trying to buy real estate or not, luxury homes for sale are incredible to browse and consider. The luxury dwellings have an incredible number of imaginative elements that are just not found on ordinary houses. The landscape designs, finish materials and other iconic elements draw the eye and fascinate the senses. On this site, I will explore absolutely everything about single and multi-family luxury real estate. Please visit my site daily to learn about the luxury homes that catch my eye. Thanks for visiting.

If you're like most people who've made the decisio …

New home construction can be exciting, but don't l …

Reaching senior citizen age is something to be pro …

Whether you garden for pleasure or to harvest food, gophers are a unique pests of which you should be aware. You may not see them scurrying around like you do chipmunks or squirrels, but that does not mean they're not harming your plants. Gophers spend most of their time below ground digging tunnels, and if left alone, they can cause considerable damage to irrigation systems and plant roots. Knowing the basics about gophers, how to detect them, and how to get rid of them will allow you to address the problem quickly and easily if a gopher should take up residence in your yard.

The gopher is a large rodent that's native to North and Central America. Gophers are about the size of small cats, and they have rounded bodies, short grayish fur, snub noses, and round black eyes. Gophers are solitary animals, each occupying its own burrow. For this reason, most gardens are initially plagued by single gophers rather than groups of them.

Gophers do have natural predators, such as weasels, snakes and hawks, but they are good at escaping these predators since they spend most of their time underground in burrows. They only emerge when desperate for food, and since they are able to eat plant roots and bugs from underground, this is not often. The average gopher lives for about 3 years.

Signs of a Gopher

Since the initial signs that you have a gopher in your garden are not as obvious as signs of other pests, it's important to keep a close eye out for indications that one has taken up residence on your land. The most obvious sign of a gopher is often fresh mounds of dirt scattered in a half-moon shape next to a plugged hole. This is an entrance to the gopher's tunnel, and a single gopher will likely build several.

Another sign that gophers are bothering your garden is withering plants. Gophers sometimes eat the roots of plants, leaving them to die once they are no longer able to obtain water and nutrients from the soil. Gophers also eat the grubs and worms in the soil, which may cause your crops to slowly become less vibrant as the soil beneath them becomes less aerated due to a shortage of worms.

Protecting Your Garden From Gophers

If you know that your neighbors have had problems with gophers and they are prevalent in your area, there are some ways to protect your garden preemptively. Before planting your garden, lay mesh poultry wire down about 1 foot below the plant's predicted root depth. For small trees and shrubs, wire baskets can be used to protect the roots without impinging on their growth.

How to Get Rid of a Gopher

If a gopher does move into your yard, the most common way to get rid of it is by trapping it. Two-pronged pincher traps are triggered when the gopher steps on a pin and are placed directly in the gopher's tunnel by following these steps:

Trapping gophers takes patience, and in many cases, it may be easier to have more information or a pest control expert remove the gopher for you. Remember that it's important to act quickly if you do think there's a gopher in your yard. Although gophers live alone, if you give them time to breed, you may soon be dealing with several sets of gopher tunnels rather than just one.